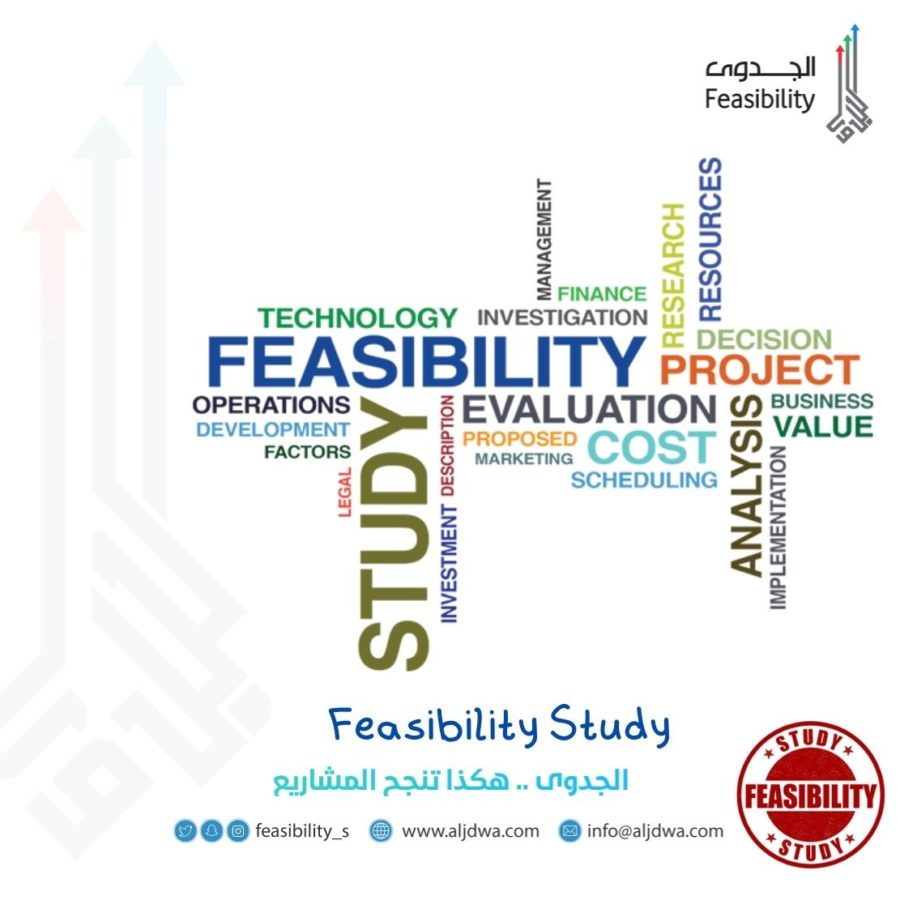 Posted by Waleed A In Uncategorized

We hear a lot about the term feasibility study and how important it is in determining our decisions towards a project either by continuing or retreating or finding opportunities and other alternatives for the investment opportunity, and the feasibility study items from one project to another may be similar but may differ in the required data and the size and nature of the project, for example financial and economic feasibility is considered An essential aspect in accepting commercial projects aiming to achieve profit and environmental or social feasibility is essential in charitable or non-profit projects for all who are interested in learning about the concept of economic feasibility study we will talk in this article about explaining the concept from several Aspects and importance of preparing the study in making a decision about the investment opportunity.

Feasibility study is similar to what is a comprehensive mapping of all aspects related to the project and affecting it, whether the project is services, industries or commercial, depends on specific scientific principles and evaluation of the project based on important criteria for the establishment of the project such as: (the period of capital recovery for the project, the rate of profitability and the rate of return ).

Also when looking at the definition of the concept from the perspective of “the validity of an idea” as it focuses on the idea of ​​a specific project and begins to study and explore each stage and based on the results of each stage, whether positive or negative, a suitable decision is made or a perspective of “cost / benefits analysis” is examined benefits The project and its comparison with the costs of its establishment are carried out or “according to the objectives of the study”, either political, technical, social or economic objectives.

As a comprehensive definition of feasibility studies, “specialized scientific studies based on the use of methods or criteria to evaluate an idea for a project or activity individually or in comparison with competitive counterparts so that at the end of the study a report of acceptance or rejection or rejection with amendment or the best idea is chosen from among competitive competencies according to Also, for specific criteria, taking into account the time factor in the evaluation and the nature of the subject matter of the idea, the importance of preparing the feasibility study is that it helps to:

Choosing the best idea from among the competitive peers offered, especially in the case of limited available resources.

Convincing the funded party, whether it is a government or private entity, of the importance of the investment idea, as the feasibility study is considered as a guarantee pact to finance the project or not.

Determining the project’s profitability through income lists and expected returns during the first five years of the project’s life.

Determine the investment costs by identifying the fixed costs of the project, the variable costs and the percentage of each type of the total costs.

Feasibility studies help study the target market and know the extent of the project’s competitiveness and its acquisition of the market share, whether it is internal through sales operations

within the region or region or the state or external through export operations outside the country, and an estimate of the volume of demand for the project and supply.

Evaluating the project performance and following up on its achievement of the desired goals during the first five stages of the life of the project.

A study of external factors that may affect the project as opportunities or risks that the project may be exposed to, such as lower prices to less than cost, high costs, or low sales volumes, and the risks to the economy such as inflation

stagnation, or political decisions related to investment. Negative effects on the project achieving its goals.

effort and money for the project owner and saves many expenses without interest.

There are several models on the basis of which the feasibility studies are divided:

According to the field of feasibility study and its objective (economic – accounting – administrative – technical – marketing – social – environmental – legal).

According to the project / idea stage (to study a new idea – to choose from among the alternatives – for a new project – for an existing project).

Our platform is at your service through the following links

Why feasibility study is important for your business

Difficulties you may face when preparing the feasibility study
Copyright 2022 Aljdwa.com. All rights reserved.
تواصل معنا